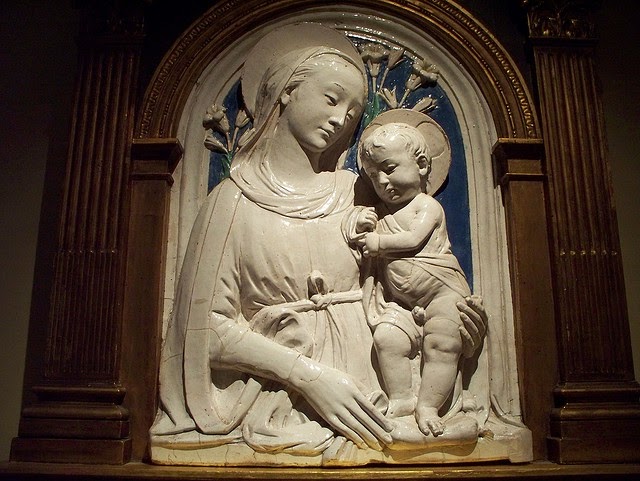 Today is Mother's Day in America, and millions are celebrating those who birthed them, raised them, sacrificed for them, and have consistently poured selfless love into their lives.

In addition to showing honor and appreciation to my own Mother for all that she has done, I'd like to take an extended tack and sow encouragement and peace to a special group whose mothers aren't here to receive their accolades on this special day--those whose mothers have been called to their divine appointments in our Father's bosom.

Know that you are not forgotten today and that prayers are going up for your sense of loss. Take comfort in knowing that your mother sits right next to the Father's heart, the happiest, safest, and most blessed place to be in the universe. Yes, you loved her, but He loved her more and ordained that she come to be in eternal fellowship with Him.

If you know someone who amidst all of the Mother's Day celebration and joy is not in a position this year to give their own mother a hug, send her flowers, or give her a call, speak a word of love to them and maybe recount a happy memory that you have of their mother--and don't forget to enfold them in prayer.

*Feature photo via Forever Wiser.
Posted by Unknown at 9:47 AM No comments:

Plight of the Missing Nigerian Schoolgirls Grieves My Heart 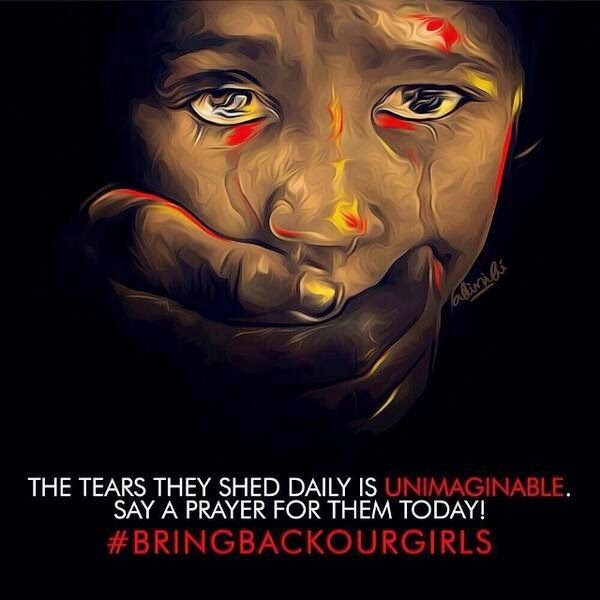 Over the past couple of weeks or so a distressing yet poorly publicized incident has been making the rounds of social media. Approximately 234 Nigerian schoolgirls, ages 12 to 15, were abducted from their school by local terrorists. Since that time random kidnappings have continued to occur on a sporadic basis.  To compound this horror, news reports indicate that many of the girls have been sold as "wives" or as sex slaves by the group. Escapees have recounted incidents of some of these children being raped up to 15 times a day.
My first thought after my mind was finally able to accept all of this as truth was that this could have easily been my sister, one of my nieces, a cousin, one of my goddaughters--but for the grace of God.
As I monitored the online reactions of those who were presented with the news of what had happened disappointment began to rise as an accompaniment to my grief. Many had no reaction at all to the news, continuing to focus on frivolity. Discussions about reality shows, sitcoms, and prime time dramas dominated a multitude of feeds, and for these conversation participants life continued to rock happily on.
As believers, the love that we have in our hearts should reflect the love of God, and I feel certain that the plight of these young women grieves His heart. Shouldn't it stand to reason that it should grieve us also? In the absence of the ability to physically intervene on their behalf shouldn't our collective conscience be pricked to the point that we are at least prompted to send up fervent prayers for their deliverance?
It seems that the longer time stretches, the harder the heart of man becomes. My hope is that somehow, some way, that if any good can possibly come out of all of this it would be that we all take the time to look deep within our hearts and assess what kind of fruit is growing there.

As a freelance writer, my income success is heavily contingent upon a high level of productivity partly fueled by a steady stream of creativity. To this end, I’ve learned a few tips and tricks over the years that are conducive to keeping my focus and promoting both creativity and productivity.
I’d like to share five of these tips, which should be of benefit no matter what industry you work in:


If you follow these five steps, I promise that you’ll see a measurable increase in both your creativity and productivity, and in most contexts these increases will correlate directly to measurable increases in income.
Good luck!
So what about you? Any tips that you'd like to share that have enhanced your own creativity and productivity?
Posted by Unknown at 4:44 AM No comments:

Don't miss a single issue of Danny's Angel Writes. Have it delivered to your inbox daily.

For inspiration throughout your day ...

Banding Together One Wrist at a Time.

Be Sure to Visit Our Sister Site

Widow's Ark - Encouragement and support for the new and seasoned widow.